F.L.S.R. is Forest Lawn Scout Radio, Broadcasting on 100.3 FM, and streaming over the internet to family and friends around the world. 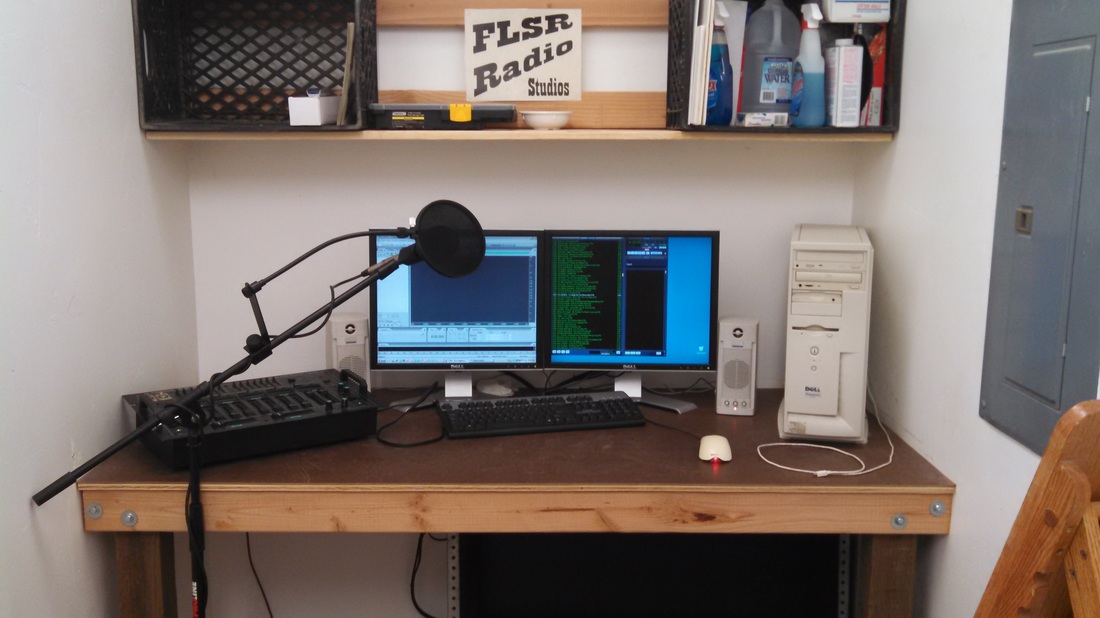 ﻿﻿﻿﻿Our new F.L.S.R. Radio Studios﻿﻿﻿﻿
Our new studios are located in the storage area of the Observatory. It consist of an old Dell Pentium 4 with a dual head video card, so we have two desktop to work from. We also have a DJ style mixing board connected to it. From here the Scouts record and produce their own radio shows that we broadcast during 'The Scout Show' Monday thru Thursday, and Saturday, at 9:30 AM and 3:30 PM.
Part 15 Broadcasting:
The FCC Permits very low power broadcasting in a non﻿-interferenc﻿e ﻿basis on the AM & FM Broadcast band. FLSR primary broadcast frequency is 1610 KHz. at 100 milliwatt output power. The 100.3 MHz. transmitter is producing 10 milliwatts of power and can only be heard around our transmitter site.
The station consists of two P﻿entium III (Yes, there that old!) computers that do the scheduling/playing of content and a micro-powered FM transmitter located at the FLSR Astronomy Center. 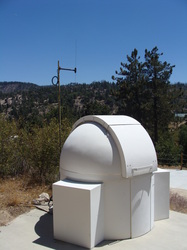 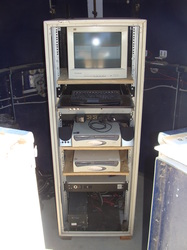 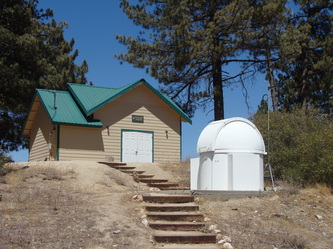 Automation Program - We started out with Winamp on shuffle, it played music, but a radio station is not just playing music. Also it was freeware, so the price was right. The next step was an add-on program called Winamp Radio Scheduler. It gave us the ability to add jingles at a set time, but still limited functionality. The search continued, then one day I was browsing the Part15.us website and someone was posting about a program called Zararadio. Several reply's indicated they also used the program, so I checked out their website. 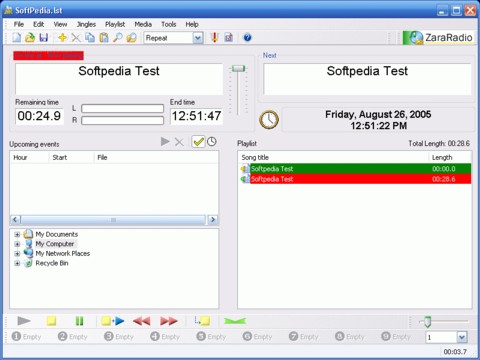 Zararadio - Version 1.6.1 (Freeware)
Well after about 10 minutes looking at this package I knew it was the software I had been looking for, not only is it a very powerful program, but it's freeware! There were a couple of issues that were not addressed:

First: No Audio Processing, it had a simple AGC but not the level of processing I could get with Winamp.
Second: No streaming capability. So a second computer was set up to handle both of these issues.

Audio Processing - We're back to a Winamp platform using Sound Solution Version 1.3. This is a free software plugin that will make your FM station sound like you are running an expensive audio processor like the Orban Optimod-FM 8400.
Features:

Streaming - When they were developing Winamp, someone realized that if you could decode a MP3 data that you could broadcast a MP3 stream over the internet and have your friends listen to what you were broacasting, Shoutcasting was born. To find out how to listen to the stream click here! Since we have limited bandwidth we can only provide a 24 Kbpbs stream, think of it as listening to your favorite distant AM radio station (It also uses less data from you dataplan) 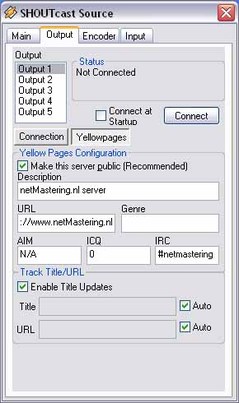 Shoutcast V1.9.0 used in conjunction with Winamp v2.95
FM Transmitter - When we first started thinking we were using a Ramsey Electronics FM10C, but soon found out we needed a crystal controlled transmitter. We then purchased a Ramsey FM25B. The FM25B features a PIC microprocessor for easy frequency programming. The transmit frequency is easily set using DIP switches. Frequency drift is a thing of the past with PLL control making your signal rock solid all the time. To increase our effective range we only broadcast in monaural FM.

Ramsey FM-25B
After some testing we purchased a Ramsey STC1C - Stereo Transmitter Companion. Set the levels so that the Peak LED flickers a bit and you’re assured of perfect modulation without splatter or distortion! The output is really cleaned up by the switched-capacitor low pass filtering in the STC1. Higher order harmonics and clock feed-through that causes annoying heterodynes and whooshing noises disappear.

FM Antenna - We tried making a 1/4 wave groundplane, but were never satisfied with the range. I then designed a simple dipole antenna and found the range had doubled.

Our plans for 2015 is to install a production studio inside the Esten Grubb Planetarium, network it with the stations computer,  and to install a low-power AM transmitter located on a hilltop above Camp Northrop, and use the FM transmitter as a studio/transmitter link. Expanding our coverage into Cedar Glen & Lake Arrowhead. (we hope)
AM Transmitter - SStran AMT3000 High Fidelity Low Power AM Radio Transmitter Kit. It is a 100mW unit for compliance with the FCC Part 15 regulations in the USA, and includes an audio compressor and limiter as well as a selectable treble-boost circuit. The RF oscillator is crystal controlled for stability and precision. The AMT3000 is connected to a FM Receiver to pick up the audio feed from the automation computer.

AM Antenna - On the SStran website it states "If you want to maximize your range, check out our instructions for building a Part 15 compliant outdoor base-loaded vertical antenna. With this antenna installed close to ground level, expect 1/2 to 1 mile strong-signal range. Range will increase to 1 to 2 miles when the antenna is elevated to 20 feet or more". We downloaded the information and built the antenna to their specs.

Panorama view from the proposed AM transmitter site. 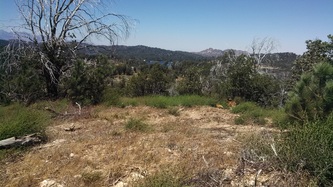 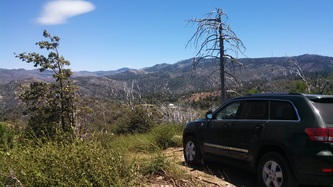 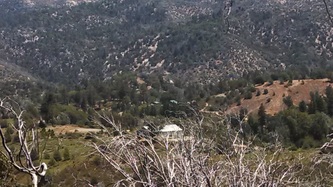 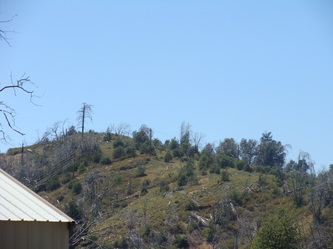